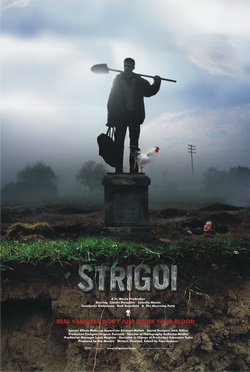 STRIGOI is a Vampire movie that defies categorization.  Shedding a fantastic light on a post-communist Romanian village, the film introduces us to an ancient myth: Strigoi, the belief that a person can rise again after death to seek justice if they’ve been wronged, their appetites intensified by their hunger for blood. A deeply human take on an old horror story, the film explores the old world versus the new and delves into the heart of modern Romania.

In Podoleni Village everyone knows everyone. Mara Tomsa (CAMELIA MAXIM) is the next door neighbour who always has cake. Constantin Tirescu (CONSTANTIN BARBALESCU) is the rich landowner and ex-Communist bully.  Nicolae Cozma (RUDI ROSENFELD) is a WWII vet who thinks the gypsies stole his cigarettes. Then there is Vlad, (CATALIN PARASCHIV) his twenty something grandson, just back from Italy with his tail between his legs.

This may seem like a typical Eastern European village, but when Nicolae’s dog goes missing, Vlad’s search leads him to a mysterious death that raises questions about land ownership in the community. The trail points to the Tirescus, but when he confronts them Vlad finds that the richest landowners in the village have become real bloodsuckers.

Scottish writer/director Faye Jackson’s horror short LUMP played internationally from Paris to Rio de Janeiro. It was featured in New York magazine as one of the top 5 shorts of the 44th New York Film Festival, where it screened on the closing night, twinned with PAN’S LABYRINTH.

Jackson shot STRIGOI in Romania with a predominantly Romanian crew and an entirely Romanian cast (who all perform in English). A frequent visitor to Romania, Jackson chose to use the folklore vampire (the Strigoi) to tell the story of one village’s “revolution”.

Writer/director, Faye Jackson, collaborated with Special Make-up Effects Designer Kristyan Mallett to create the look of the strigoi. Jackson wanted to take elements of folkloric descriptions and blend them with medical symptoms so that the villagers could interpret the appearance of the vampires in different ways.

Likewise, the strigoi were not given fangs, so the process by which they drain blood from their victims remains frustratingly mysterious to the characters. The bites themselves were designed to mimic angry insect bites, so that bitten characters are given little clue as to their predicament.

STRIGOI was partly shot on location in the village of Podoleni, in the Moldova region of Romania. Jackson wrote the script with Podoleni village in mind, drawn by its atmospheric train crossing (in folklore strigoi often meet at crossings) and by its unique towering church. The village provided stunning locations and impressively professional first time extras.

Jackson and cinematographer Kathinka Minthe used STRIGOI’s autumn setting as a starting point for the look of the film. There was a very short window of only two weeks where the leaves and the cornfields had the strong oranges, golds and browns they were looking for.

Dusk and dawn have a special significance in the story as the hours when the strigoi rise and return to their graves. These “magic hour” scenes had to be carefully scheduled throughout the shoot because it was only possible to shoot a few different shots of this kind every day.

As the story develops, more of the action takes place at night. And the nights get darker and darker as the mystery deepens. The cast and crew shot nights for over four weeks during filming, and like the characters, perhaps, they identified more closely with strigoi by the end.

The village houses were too small to fit both actors and a 35mm film crew so Production Designer Grigore Puscariu recreated interiors in a studio in Bucharest that matched the exteriors used on location. Each set carefully combined authentic details and in depth character histories to create the feel of the real village.

Nearly all of the crew were Romanian. The only exceptions on set were director Faye Jackson, cinematographer Kathinka Minthe and special effects make-up designer Kristyan Mallett.

Jackson took the unusual step of casting an entirely Romanian cast for the English language movie. Most of the principle cast have fluent English, but a language coach was available in rehearsal and on set to help the cast. Pronunciation became a source of much amusement during the shoot, particularly when Jackson’s attempts to contribute to discussions on how certain words should be pronounced in English only made things more confusing due to her Scottish accent. 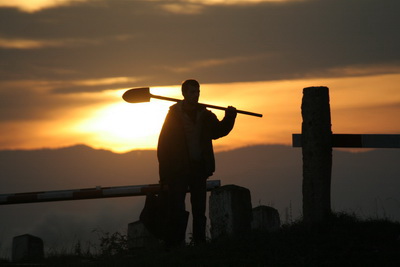 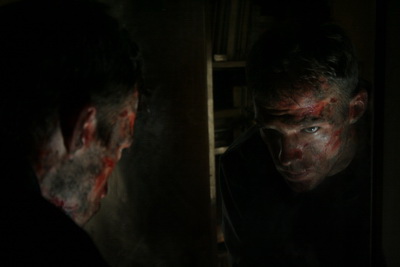 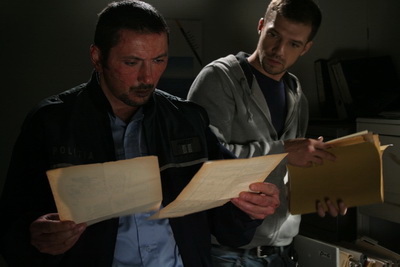 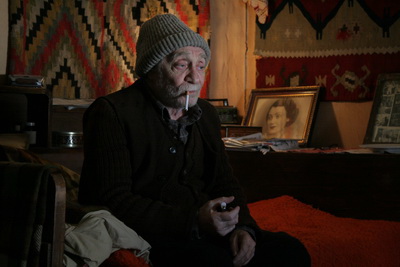 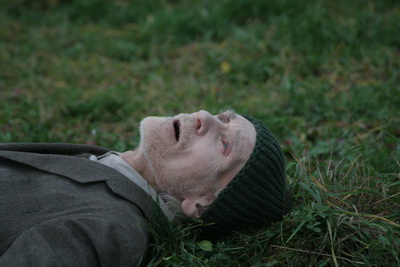 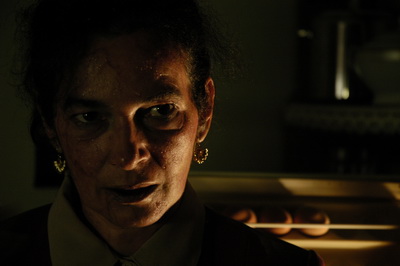 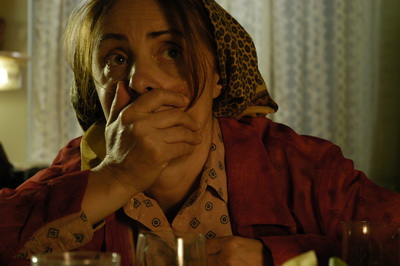 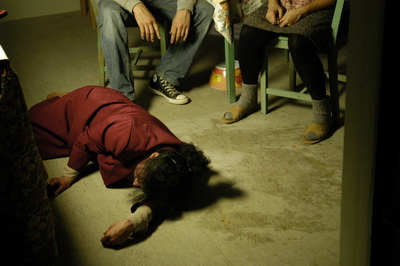